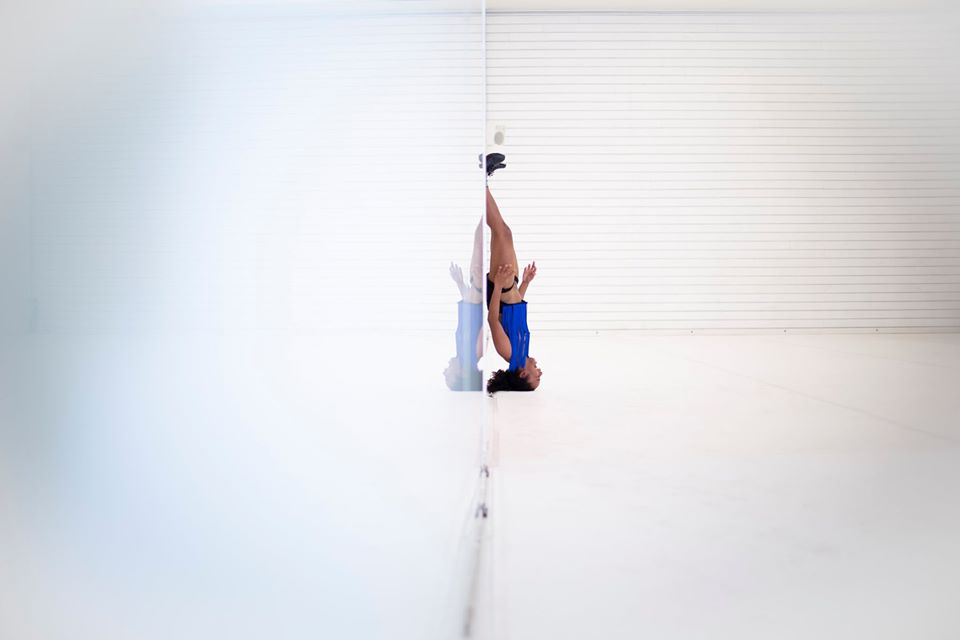 The Spanish word "ventana" (window) is related to the Spanish word “viento" (wind). In its origin, "ventana" means breather, opening, nose hole (in English the word WIND-ow derives from WIND-eye, and the word VENT derives partly from French vent ‘wind’, reinforced by French évent, from éventer ‘expose to air’, based on Latin ventus ‘wind’).

COVID-19 is a respiratory disease whose one of the symptoms is lack of air. The word “pneuma" - which is partly found in Spanish words as “pulmón” (lung) and "pneumonia” -
carries the meaning of creative force, vital principle, wind and respiration that animates the body with its breath.

Like all other independent artists, Improvável Produções had its schedule completely cancelled. So far, in Brazil, there are no governmental or institutional programs to help artists and independent groups at this time of crisis, which, as we all know, will cause recessions, protectionism and mobility regulations. How not to die is the question that echoes and reverberates on the horizon when we look through the window. In the midst of this scenario, a private bank (that in the fiscal year of 2019 had the highest liquid profit in the history of Brazilian banks: 5 billion euros), via its Cultural Institute, launches a public call for proposals called "Art as a Breath". The public call proposes to select 120 artists, groups and companies from all over Brazil to "breathe". And all the others? Using the term and the action of "selecting" during a crisis in which everyone is unable to provide for themselves; isn’t that unacceptable?

In Rio de Janeiro, in 1918, 600.000 people out of a total population of 1 million contracted the Spanish flu. Among them, elected president Rodrigues Alves who died before assuming the position.

During that same month, current President Jair Messias Bolsonaro holds his "traditional birthday party", greets his followers with hugs and handshakes, and calls the population to return to the streets, to work, disrespecting the rules of conduct, defined by the WHO, to mitigate the spread of COVID-19.

On March 18, the first “window casserole protest” (“Janelaço” in Portuguese) explodes against the president's ineptitude. From many Brazilian windows drums and screams can be heard, and the hashtags #fora and #acabou are projected on the facades of buildings. The window casserole protests continue daily until today, and at 8:30pm we, and many other neighbors, meet at the window. On May 4, composer Aldir Blanc dies in Rio de Janeiro from COVID-19. That same day, people return to the windows, but this time to sing and play a song written by Aldir during the Brazilian military dictatorship that says: Brazil does not deserve Brasil. Brazil is killing Brasil. From Brasil, SOS to Brasil.

The act of repeating for Live Arts’ workers is an experience of transformation and it is radically opposed to the common notion of repeating as fixing habits and automatic patterns.

[1] On July 17, 2014, Eric Garner died in New York after police officer Daniel Pantaleo put him in a chokehold while arresting him for selling cigarettes without a tax stamp. Video footage of the incident generated widespread national attention and raised questions about the appropriate use of force by law enforcement.

Bio: Marcela Levi & Lucía Russo are choreographers. In 2010, they founded Improvável Produções (Improbable Productions) in Rio de Janeiro, a space for training, research and creation responsible for the conception, creation and production of dance projects presented in inumerous art centers, museums, festivals and theatres in Latin America and Europe. Levi & Russo are committed to a polyphonic artistic direction in which different inventive positions intertwine in a process that embraces deviant lines, dissent and internal differences as a constructive critical force and not as self-exclusive polarities.