"Cuckoo feels like a peculiar kind of dream, a communication from your subconscious, offering some truth you’ll never be able to translate into words." - Exeunt magazine

A group of talkative rice cookers takes us through 20 years of Korean history and reflects on the great economic crisis with its huge impact on the young generation including South Korean artist Jaha Koo. Youth unemployment, socio-economic inequality, social isolation, rising suicide rates, acute social isolation and a fixation on appearances are some of the symptoms. Through bittersweet and humorous dialogues Jaha and his rice cookers tell a moving story that combines personal experience with the political events. They reflect on themes such as happiness, economic crisis and death depicting a country that is caught between working pressure and maniacal shop addiction. 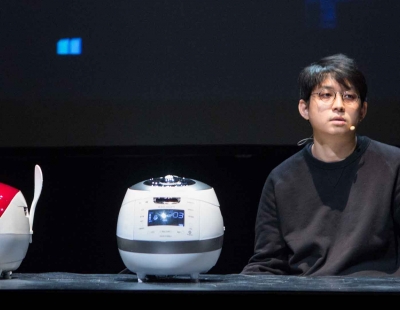 This article is only available in Dutch.