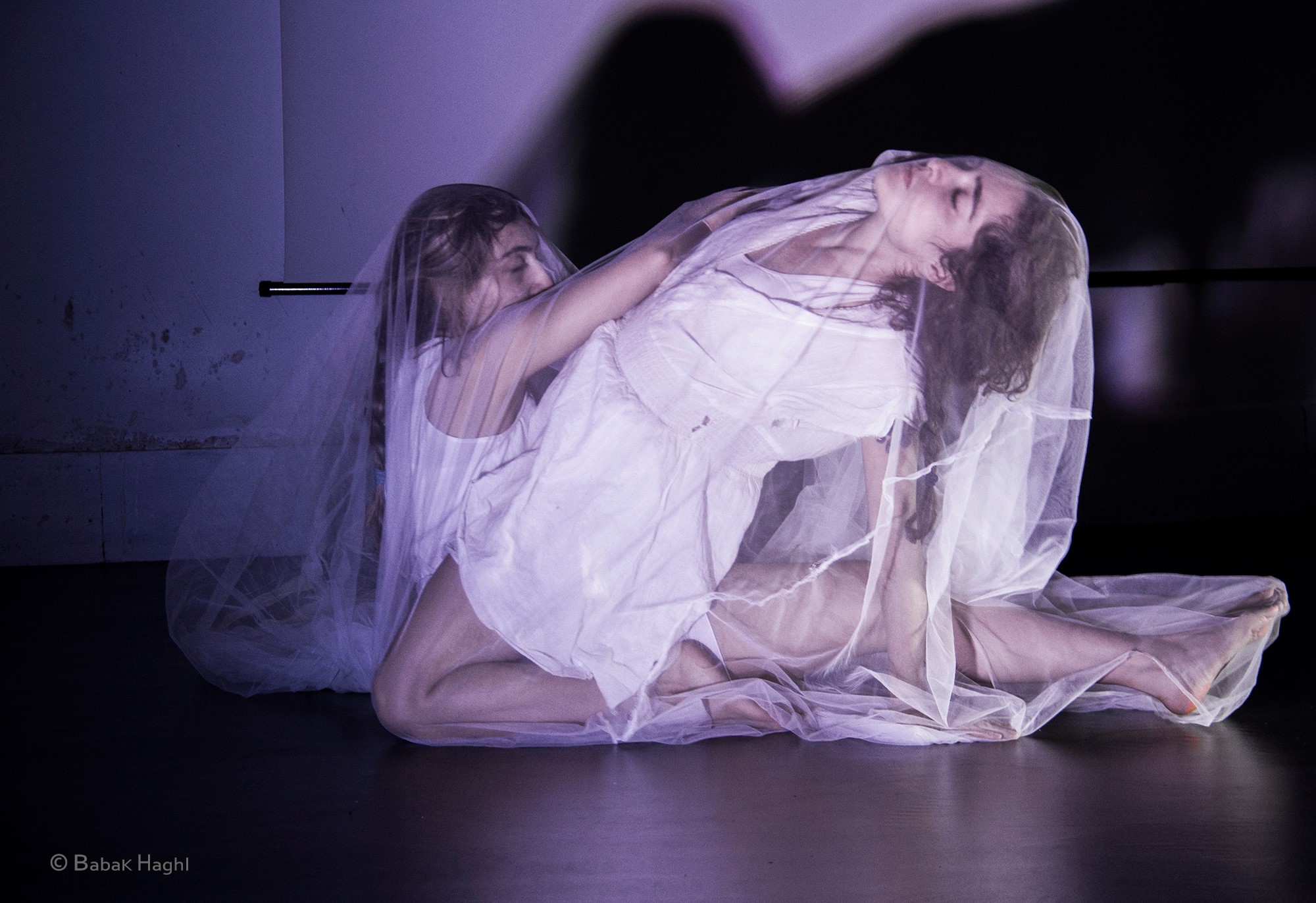 
In Through the Skin the young Iranian choreographers Mitra Ziaee and Hiva Sedaghat use their bodies to portray their personal experiences with love – and all the pleasure and pain this entails. A net around the two of them symbolises the relationship, which at best can feel like a safe bubble. Little by little, the two bodies move away from each other. The movements and soundscape become larger, just like our growing feelings within a relationship, until they move some thing deep inside us and nestle beneath the skin.

After the performance the video So-city of Spectacle, a practice of freedom will be shown. It takes its name from Guy Debord’s theory, ‘The Society of Spectacle’. Debord considers society as a staged scene, where the individuals are positioned, ruled and played by the power relations between them. We witness two eccentric female bodies, performing off-stage and drawing the audience away from its male gaze. A spectacular performance!

Combitickets are available for the
22nd of May. Scroll down for
more information. 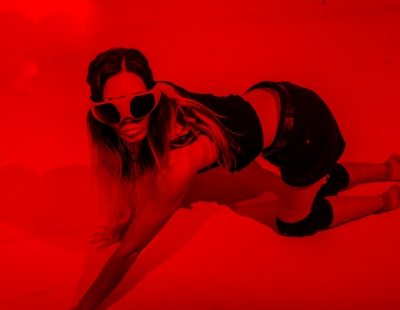