There Will Be Light

In his works, theatre maker Julian Hetzel shakes up our view of the world. In There Will Be Light he is presenting an alternative for the way we live and our relationship with work. Societies today are determined by work: work to produce value, to set a goal, to acquire status. These days imagining the end of the world is easier than picturing the end of capitalism. But what would we be if we didn’t have to work?

Hetzel is making a radical gesture: he is taking one basic income from his own cultural funding, and giving it to one person. In other words: someone will be given € 15.000. Something for nothing. The money is an invitation to escape the world of obligation and enter a world of desire. Everybody has a chance, everybody can apply. A committee of alternative experts, consisting of homeless people, will select the chosen one. The audience is invited to explore an artificial beach at MENU (a former bicycle depot), attend interviews, or to apply themselves.

There Will Be Light is a project about life as art and art as work. The real performance begins after the applause, at the very moment when the show is over and the audience returns home. For one whole year, seven days a week, 24 hours a day, the ‘chosen one’ will perform an improvisation called ‘life’. Stop working, and become an artist!

Apply for an interview is possible via www.therewillbelight.com

In the digital magazine, dramaturg Merel Eigenhuis asks Julian everything. Do you want to know more about this performance, such as where the idea came from or how the applications will go? Read the interview via this link: https://magazine.springutrecht.nl/spring-2022-magazine/interview-met-julian-hetzel

"We know to expect a critical stance when we go and see a new work by Julian Hetzel, but in this new proposal he takes it to another level. Not only does he describe and uncover certain dynamics in the world, he also proposes an active step towards real change. “There will be light” is a social experiment that investigates how change might occur in society, and that will have a very concrete impact on one participant’s life." - Grzegorz Reske, artistic director SPRING

Special thanks to the panel of experts and the local performers.

There is no toilet available 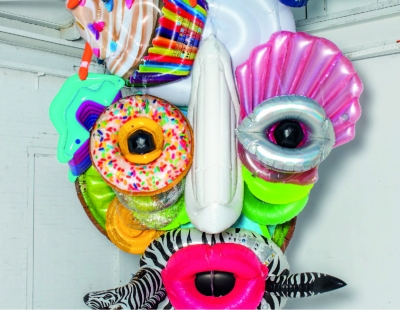 Blog: There Will Be Light - Julian Hetzel

A blog by Migle Markulyte