“We cling to the idea that machines are going to solve our problems.”

Kris Verdonck’s work straddles the line between visual art and theatre, between installation and performance, between dance and architecture. The Flemish artist dramatizes intimate relationships between living creatures and cool machines. In 2017 he reworked his show I/II/III/IIII (2007) and, with Het Zuidelijk Toneel, created the play Conversations (at the end of the world) (2017).This year he is collaborating ICK to create SOMETHING (out of nothing), a show that will premiere during the second weekend of SPRING.

Why did you decide to work in the performing arts?
The greatest pleasure for me is in the combination and the interchangeability of visual art and the performing arts. I studied theatre, which makes me a theatre director. After that I attended HISK, the Higher Institute for Fine Arts in Ghent.

What drives your creativity?
Reading the newspapers. I never need to imagine a great deal, because the world is crazy enough as it is, all I have to do is copy that. I think looking around is the prime inspiration. But I also have regular conversations with the philosopher Jean Paul Van Bendegem. With my dramaturge Kristoff van Baarle I get to ask him all kinds of out-of-bounds questions, and he always has a truly great answer. This time we asked him what has changed in human history. His answer was: “Not very much.” The only thing he saw changing was the landscape. We manipulate the landscape, and then the next generation has to deal with the consequences.  In the current environmental debate, we can see how the parents and grandparents have ruined the environment and how we are faced with the task of cleaning up their mess. Our children and grandchildren will have to fix what we are messing up today. It’s so difficult to think for the next generation. We could try really hard right now and waste less, because that will make things better for those who will come after. Things are irreversible; after all, you cannot turn back time.

How did you go from the conversation to a show?
Although this was a truly inspiring conversation, it wasn’t the start of the process. You see, SOMETHING (out of nothing) is the first show as part of a four-year research into Samuel Beckett and Nō-theatre. They both have a highly specific relationship with time. Beckett often spoke of the dead still walking the stage. He had an intimate grasp of Nō-theatre and was inspired by it. The connection is not so evident in the form of his work, but in terms of content, both deal with a present that is defined by the past and both have a strong sense of inevitability. Beckett is troubled by the idea that his memory has shaped him. This is something we discussed with Van Bendegem, but within an environmental context.

How come your work is so invested in the combination of art and technology?
Technology has taken on a hugely specific and important position in our universe. We cling to this idea that our machines are going to solve the problems we’re faced with. Take for instance the way we see electric cars as a solution, with complete disregard for the fact that the demand for natural resources has never been greater. Soon we will be stuck with heaps and heaps of dead batteries, for which there’s no solution in sight. It’s just so hard for us to face the long-term impact of these things. There aren’t many people who say: “What if we simply drove fewer miles.” It doesn’t even seem to be a viable solution. The economy must move on, so we need a new invention to allow us to continue making a profit.

Why do you compare performers to ghosts?
Between the living and the dead there are the half-lives. We like to call them ghosts, so as not to call them zombies. There’s an uncanny sort of absence that we often observe in machines. With self-driving cars, for instance, the responsibility has disappeared quite literally; just who is it at the wheel? Imagine a car like that running over someone: who has killed whom? Whenever this happens, manufacturers deny any responsibility. But who is the driver in such cases and who is responsible? This is a truly spooky idea; that there’s this entity that is taking decisions and driving you around, but there’s nothing to protest, because there’s nobody there. And moreover, of course the theatre has a long and close history with ghosts, just look at Shakespeare’s plays. There’s something about the absence of the living object; clearly, it’s something we love to see.

What are your artistic plans for the near future?
We are still working on our research into Beckett and Nō-theatre. In September 2020 we are doing a Beckett play, which I’m looking forward to. And in 2021 I intend to make a show without any performers, with nothing but objects.

You can catch SOMETHING (out of nothing) on Friday 24 and Saturday 25 May at Stadsschouwburg Utrecht, in the Douwe Egbertszaal. 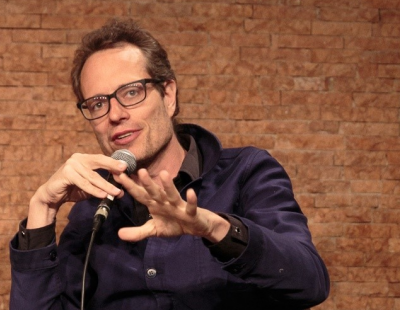 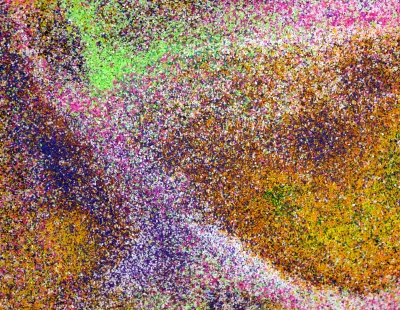